Who Is Liable If My Car Is Involved in An Accident, But I Was Not Driving It? 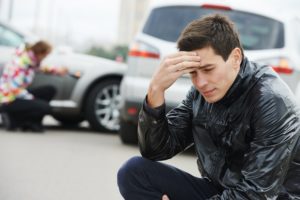 If another person is behind the wheel of your car when a collision occurs, determining whose insurance policy is responsible for paying damages can be complicated. Because every crash is unique, the specific policy that will cover the cost of injuries, replacement of damaged property, and other damages will depend on the specifics of the car crash and the policies involved.

If you were injured in an accident caused by a person who was driving a borrowed car, you will want to have an experienced attorney on your side to help you determine what insurance is available to you. If the driver did not have auto liability coverage of their own, the vehicle owner’s policy could be in play. Turn to an experienced Douglasville car accident lawyer of Sherrod & Bernard and get the compensation that you are owed. Contact us at (678) 905-7503 to schedule a free consultation with us today.

Whose Insurance Will Cover the Accident If the Car is Borrowed?

When you are hurt an accident caused by a driver who did not own the car they were driving, the insurance policy on the vehicle will generally cover all of the damages. If the driver has their own insurance policy, it could act as secondary insurance when the limits of the first policy are reached.

When a driver is operating a vehicle that did not have insurance and if they do not have an auto insurance policy themselves, then victims could be able to seek compensation using their own uninsured motorist (UM) or underinsured motorist (UIM) policy. UM and UIM policies may be stacked such that a person has excess coverage beyond the limits of the negligent person.

It is also important to keep in mind that your own negligence could impact your award in a car accident case. Under Georgia Code § 51-12-33(g), a plaintiff is not entitled to receive any damages when they are 50 percent or more responsible for the injury or damages claimed.

Even though the vehicle’s owner might not have been personally responsible for an accident, the insurance company will likely increase their insurance rates when a vehicle they loaned has been involved in an accident. In most cases, an insurer will deem a person who loans their vehicle to other risky drivers to be more likely to file future claims, which makes them more expensive to cover.

Are You Legally Allowed to Drive a Borrowed Car?

You are generally allowed to drive another person’s vehicle when you have been given permission and it is not a regular occurrence. Certain people such as household members may actually be included on the primary driver’s insurance policy.

In general, owners should make sure that the people they let drive their car is someone they can trust. It is never a good idea to lend your vehicle to people with a poor driving record, anyone who is unlicensed or uninsured, inexperienced, or otherwise unfit to borrow your car.

If a person who is not the owner of a vehicle receives a traffic citation, that will have no effect on the vehicle owner. A ticket is the sole responsibility of the person to whom it was issued. When a ticket relates to driving without insurance, the driver again becomes responsible rather than the owner.

What Happens If Your Car Was Taken by a Friend, Without Permission?

It is essentially a common law rule in all 50 states that the owner of a vehicle cannot be held liable if it is stolen and then involved in an accident. The permissive use doctrine provides that owners are liable only for accidents caused by persons using vehicles with the permission of owners.

In Roach v. Dozier, 103 S.E.2d 691 (Ga. Ct. App. 1958), the Court of Appeals of Georgia stated that if an owner of a vehicle has actual knowledge that on previous occasions where he had left the key in a vehicle and the vehicle unattended, an incompetent driver had taken the vehicle on joy rides, a jury would be authorized to find the owner negligent. The finding would be based on the failure of the defendant to exercise ordinary care under the circumstances.

When your vehicle is taken without your permission, the first thing you should do is always contact the local police department. File a police report and then notify your insurance company about the unauthorized driver.

Are There Any Exceptions to the Rules?

As discussed above, the owner’s insurance policy will usually be relied upon to cover damages, but in some cases, the vehicle’s owner could be held personally liable for any amount above the policy limits or could be liable for the total amount of damages.

One example is if the individual responsible for the crash was specifically excluded on the insurance policy. People may exclude members of the household to keep their insurance costs down, especially if that family member is considered high-risk due to a poor driving record. If an excluded person borrows the car and causes a crash, the insurance company will deny any responsibility and the owner could be held personally liable for the damages.

Also, if a person loans a car that they know is defective, then they can also be liable if that defect causes an accident.

Did you sustain catastrophic injuries or was your loved one killed in a car crash caused by a person who did not own the vehicle they were driving? Make sure to call an experienced Douglasville accident attorney right away.

Sherrod & Bernard, P.C. has more than 85 years of combined legal experience, and we know how to get justice for our clients. Our lawyers can answer all of your legal questions when you call (678) 905-7503 or contact us online to schedule a free consultation. 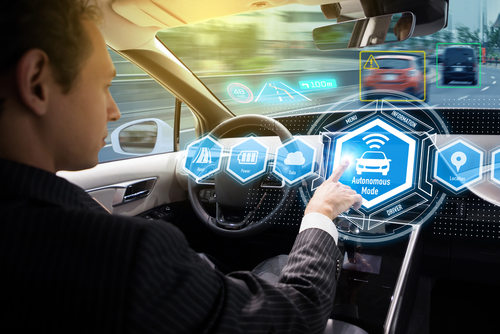 A new technology predicted to be in new cars by the end of 2016 could change the way car accidents occur. This technology could reduce injuries and the number of cases you need to seek a car accident lawyer in...