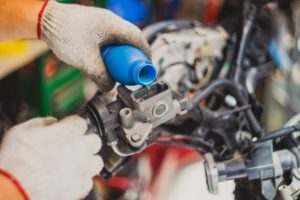 Courtroom View Network recently chose a $12.5 verdict that attorney John Sherrod of Sherrod & Bernard, P.C., obtained in a motorcycle brake defect case for its list of the Top 10 Most Impressive Plaintiff Verdicts of 2018.

A jury in Douglas County State Court returned the product liability verdict in February 2018, finding Suzuki Motor Corporation and its American subsidiary liable for a motorcycle crash that shattered a Georgia man’s spine, left him with mobility problems and prevented him from returning to his career as a postal worker.

Mr. Sherrod represented the plaintiffs – the motorcyclist, Adrian Johns, and his wife, Gwen – along with attorneys Randy Edwards and Paul Piland of Cochran & Edwards. The case is Johns v. Suzuki Motor Corp., et al. (No. 14SV000043).

Courtroom View Network (CVN) provides “gavel-to-gavel” coverage of “high stakes civil trials that matter to the legal, educational and business communities.” The network chose the cases for its Top 10 Most Impressive Plaintiff Verdicts list from among the cases which it covered during 2018.

According to CVN, the network looked beyond the amount of the verdict when it chose cases for its “most impressive” list. It also considered the facts of the case, the parties and attorneys involved and “the potential broader impact of the verdict.”

CVN ranked the Johns verdict No. 10 on its list. The case involved the same front brake defect which led to a recall of more than 200,000 Suzuki motorcycles. You can go here to see a video of the three-week trial.

As CVN reports, the trial lasted three weeks in Douglas County State Court. The plaintiffs claimed that a front brake defect on the motorcyclist’s 2006 Suzuki GSX R-1000 motorcycle caused the wreck in August 2013 which left him with permanent, debilitating injuries. The plaintiffs asserted that Suzuki knew about the defect long before the crash occurred, but the company failed to warn the public about it.

Suzuki, in its defense, claimed that the motorcyclist’s reckless driving caused his crash and injuries – not the brake defect. They introduced police testimony that, at the scene of the crash, the motorcyclist said that he had encountered loose gravel just before his crash occurred, and he did not mention brake failure.

According to CVN, the plaintiffs presented evidence that included post-crash testing results which showed that the motorcycle brakes were not working properly at the time of the crash. Additionally, the motorcyclist’s description of his front brake failure was similar to reports from other Suzuki GSX riders.

During the trial, the plaintiffs produced a Suzuki internal memo which revealed that the company ordered new parts in preparation for a recall due to the defective brake. However, the company held off on warning consumers and issuing the recall because of concerns that “it would affect the company’s dealerships during the traditionally busy spring sales season,” CVN reports.

The motorcyclist had requested $14 million in compensatory damages and asked the jury to find that punitive damages were warranted.

As CVN notes, in October 2013, or two months after the motorcyclist’s crash, Suzuki issued a recall of more than 200,000 of its motorcycles due to the front brake defect. According to the National Highway Traffic Safety Administration (NHTSA) recall notice, “[i]n combination with older brake fluid, corrosion of the brake piston inside of the front brake master cylinder generates gas that may result in a reduction of fluid pressure transmission to the front brake.” The recall affected 2004-2013 GSX-R600 and GSX-R750 motorcycles as well as 2005-2013 GSX-R1000 motorcycles.

Our Experienced Georgia Product Liability Lawyers Can Help You

If a defective consumer product has harmed you or a family member, the product liability lawyers of Sherrod & Bernard, P.C., will protect your rights. We fight to hold companies accountable when they fail to design and manufacture products that are safe for use and hurt innocent people as a result. We will fight to seek the compensation and justice that you deserve for all your losses caused by a dangerous product or by a manufacturer’s failure to give a proper warning.

Our lawyers have more than 75 years of combined legal experience, and we have served Douglasville and surrounding areas in Georgia for more than two decades, representing clients in product liability cases as well as a wide range of other personal injury matters. Contact us today to learn more in a free consultation. 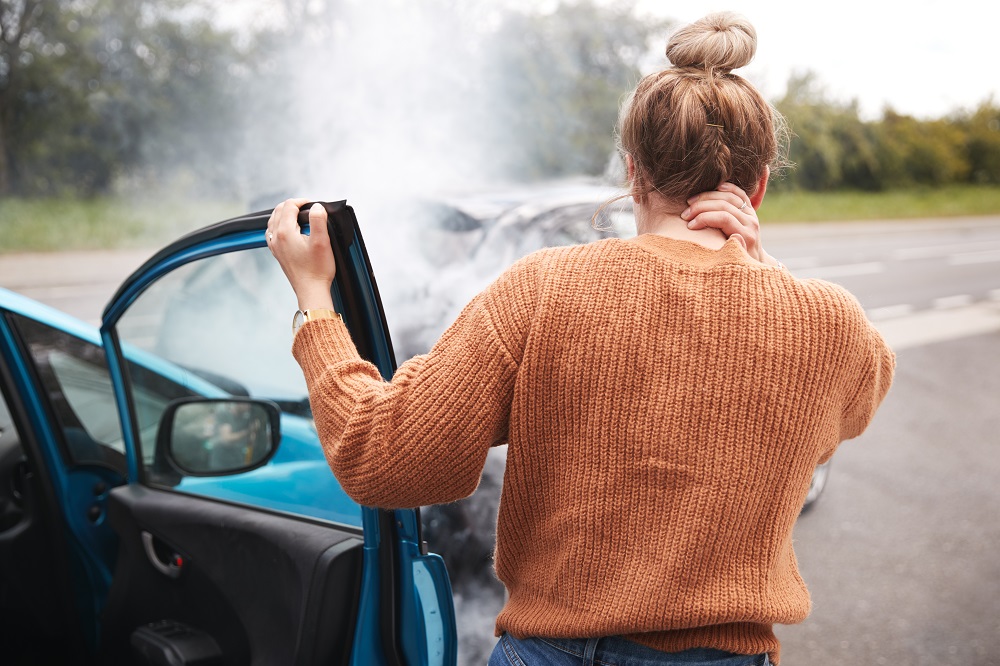 How Do You Know If You Have a Concussion After a Car Accident?

Car accidents in Douglasville can leave victims with a wide range of injuries. Some injuries, like cuts or broken bones, are apparent right away. But others may take time to become evident. Several hours or days may pass before the...